Now more than ever, the world depends on technology.

Some of the most essential infrastructure in the world is controlled by computer networks, including power and water supply systems, air traffic control, and transportation systems. As digitalization is gradually taking over the world, the maritime domain takes up a crucial role in the maritime industry. Numerous technological apps now play a vital role in shipping by instantly delivering accurate information and excellent communication around the globe.

The maritime domain, however, is vulnerable to the development of criminal non-state actors because it is a huge, shared, and mostly ungoverned space. The latter use the porosity of maritime borders to engage in piracy and robbery at sea, illicit, unreported, and unregulated fishing (IUUF), trafficking illegal substances and people, illegal immigration, and destruction of the marine environment. The process of discovering, analyzing, assessing, and communicating a cyber-related risk, as well as accepting, avoiding, transferring, or mitigating it to an acceptable level while taking stakeholders’ costs and benefits into account, is known as cyber risk management.

The overarching objective is to promote safe and secure shipping that is resilient to cyber hazards from an operational standpoint. Incidents involving cyberattacks have led to incalculable losses of financial resources, intellectual property, and vessel manipulation. For instance, in 2017, Maersk, the biggest container shipping firm in the world, experienced a cyber-attack that costed them $200–300 million. Risk management is essential for addressing threats in the maritime sector and ensuring the safety and security of shipping operations. Traditionally, risk management has been primarily concerned with operations in the physical realm.
The marine industry has grown more dependent on network-based systems, integration, automation, and digitization, which has increased the demand for cyber risk management.

In 2019, researchers examined the maritime industry’s vulnerability to cyber-attacks and discovered that an important issue was the industry’s over-reliance on outdated security measures and technology.

For instance, a survey conducted within marine employees showed that they believe that antivirus software and firewalls are enough to protect the vessel from cyber-attacks.
Nevertheless, hackers can also attack through viruses and other malware that are difficult for a traditional antivirus software to combat.

There is an increasing demand for proper protection of the maritime industry. As maritime shipping carries roughly 90% of worldwide trade, it is important to take necessary precautions to protect the vessels from assault launched by cybercriminals.
K2 Informatics is a company that focuses on the integration of Information Technology systems and cybersecurity, having 6 years of experience in the maritime sector.
Oriani Hellas, on the other hand, specializes in maritime digital applications and their implementations in the Greek shipping industry and in the EMEA region. Considering the high-risk time, the maritime industry is going through now, K2 Informatics and Oriani Hellas have decided to partner and come up with something that ensures vessel and shore safety from all threats and malware. As a result, K2-Secure, an all-in-one holistic onboard cybersecurity solution, was born.
Why choose a holistic solution?
Think of a cyber-attack as a wildfire that spreads across extremely fast. Would you rather be equipped with a garden hose or proper firefighting equipment? Consequently, the benefits of implementing a holistic solution rather than an atomistic one is the following:
• Reduced Costs: you get a system with 10 unique features all in
one tailor-made for your needs.
• Optimization of Time: in the maritime industry, time is the currency. Having multiple functions combined in one solution saves
time and.
• Increased Efficiency: As the system is complete, the reduced costs and minimized time result in an efficient process.
Further, K2-Secure solution has received a Cyber Security CLASS approved certification by RINA and is already implemented successfully on many vessels that are sailing across the globe. Based on IMO Resolution, IACS criteria, and RINA Rules, RINA conducted a strict evaluation to assess the compliance of K2-Secure Solution against a stringent set of international standards. The process is crucial because it offers assurance that certain hardware and software tools abide by the Marine Regulatory Framework and are appropriate for usage in the marine environment, enabling cybersecurity for onboard systems and networks.
According to Managing Director of K2 Informatics, Mr. Georgios Gkorgkolis, who has 30 years of experience in IT, mentioned that they had a wonderful experience working with RINA and
adhering to their Cyber Security standards since the RINA team has in-depth expertise and follows a simple-to-follow, yet rigid and practical methodology on Cybersecurity. K2-Secure provides security that protects the vessels from not only external attacks, but also from any internal breaches. The system also provides image restoration capabilities and asset management.

“Our solution is very flexible and can be customized and embedded in any current IT infrastructure. We hear and understand the concerns of the shipping company and the IT department, then we tailor the solution to fit perfectly with the needs of the client. Lastly but not least, it comes with 24/7 monitoring and support by professionals based in Greece”. 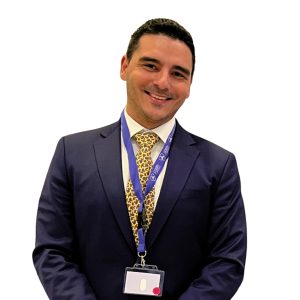 For more information about K2-Secure solution contact us here.